The influence of social, economic, and cultural capital to succeed as an artist in Accra

a Project of Rena Laura Taeger 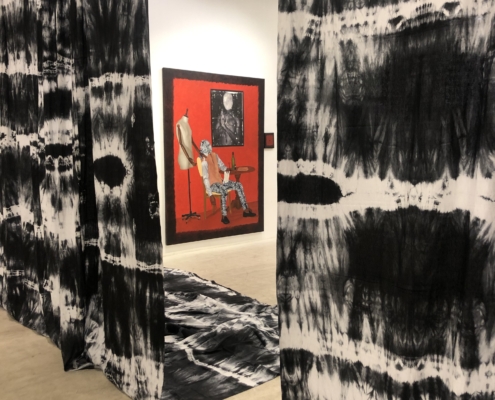 Since this research project is an integral part of the master’s degree in Social Anthropology in Göttingen, I started thinking about what my research would look like early on. Since I visited several seminars with Prof. Schareika during the master’s program, I decided to take my research project with him as well. Prof. Schareika’s research is mainly conducted in West Africa, and since my language skills in French would not be sufficient for a research without a translator and I preferred to work without one, as translation always bears the risk to filters and distorts meaning, I opted for a study in Ghana. I decided to do research in a big city like Accra because it is becoming more and more relevant how people live and work in urban spaces. In doing so, I realized that I did not want my research to examine and portray the familiar, stereotyped image of Africa as a poor and problematic continent. Instead, I wanted to deal with a positive, modern topic that allows my research partners to tell their story.

I first became aware of the Ghanaian art scene through the article: “Seine charaktervollen Portraits hatten auf dem Kunstmarkt einen raketenhaften Aufstieg. In Ghana setzt der Maler Amoako Boafo zur bedachten Landung an” in the September 2021 issue of the art magazine Monopol (Von Boehm & Hohmann, 2021). At that time, I was interested in everything related to Ghana, as I wanted to specify the topic for my research report and learn more about the country I would soon be visiting for several months.

The article featured Amoako Boafo, a Ghanaian artist from what is described as humble beginnings. He has become a star on the international art market and whose artwork has broken and continues to break records at auction. Furthermore, the artist was described as a representative of a younger generation of African artists finally gaining recognition on the international art market. According to the article, Boafo was already interested in art as a child, however becoming an artist was out of question, since art in Ghana was considered a hobby and not a profession. Despite this, he later attended the Ghanatta College of Art and Design in Accra, and at the age of 30, through private connections, he attended the Vienna Art Academy, whereupon his career experienced a rapid rise. Today, the artist resides mostly in Accra, the capital of Ghana, and wants to build a community for artists in his home country, which is why he is trying to establish an artist residency across the street from his studio. He states that as an artist in the West, you are part of a community, which gives you a sense of belonging. The techniques are taught in Ghana, but there is a lack of exchange, feedback, and support. This is what he wants to create in Ghana, as it would take years for politics to create a cultural infrastructure that makes this possible (Von Boehm & Hohmann, 2021).

I was fascinated by the outstanding example of Amoako Boafo and his relations to the art scene in Accra, especially his ideas by the exchange between local artists and the non-existent cultural infrastructure in Accra. As mentioned earlier, despite Amoako Boafo’s talent, private connections played a major role in his career. If his path to success is the rule rather than the exception, this would put equally talented artists from socially weak backgrounds at a major disadvantage. A disadvantage no young aspiring democracy and art community could accept. Consequently, this eraser asked how important economic, social, and cultural capital is, to be successful in the art scene of Accra. I finally traveled to Accra for 3 months in early 2022 to investigate this question.

I am 25 years old and started studying in Göttingen in 2016. First I started with Business Administration and then I changed to a two-subject Bachelor in Ethnology and Economics. In 2020, I then continued with a Master’s degree in Ethnology. Since this was almost exclusively online for me, I decided to move to Hamburg in 2021. Since returning from my fieldwork in Ghana, I have been working part-time as a gallery assistant in an art gallery with a focus on contemporary African art. For the upcoming winter semester 2022/23 I aim to finish my Master’s degree.

My research found out, that the three forms of capital introduced by Bourdieu all have an impact on an artist’s success in Accra. It is not possible to say that only artists who have access to the three forms of capital can be successful, but they have a supporting effect. Furthermore, it becomes clear that the three forms of capital cannot always be seen as independent of one another, as they can influence each other. Amongst others, through economic capital, education, this is cultural capital, can be acquired. Accordingly, the research question can be answered by saying that social, economic and cultural capital are almost a precondition, to be successful in Accra. A government program supporting local artists from socially weak backgrounds does not yet exist in Ghana, underlining the importance of economic and social capital even more.

In addition to the guiding question, this research was able to show who part of the Accra creative scene is and was able to identify meeting points of the scene. Furthermore, networks could be investigated, and the motivations of the artists could be worked out. However, it should be noted that this issue could not be fully explored, as it would have required its own research, which would have exceeded the scope of this paper. This work gives an insight into how the art scene in Accra operates and contributes to an ethnological observation of the art market. However, this research could not look at the international dynamics of the art market since ethnological research focuses on one region and it would have exceeded the possibilities of this report. This offered the opportunity to go into detail about the art market in Accra. The disadvantage is, however, that the international mechanisms on the art market, for example those that affected Amoako Boafo, cannot be considered, although they influence the artists in Accra, too. This would be an interesting perspective for a larger research project in the future.

Moreover, this work shows the possibilities of combining different ethnological methods. Thereby, it illustrates how offline and online research methods can complement each other. As mentioned before, social media can no longer be seen independently from other forms of our socialization, as they rather complement each other. Likewise, this ethnological research becomes more comprehensive with the addition of digital ethnological research methods. 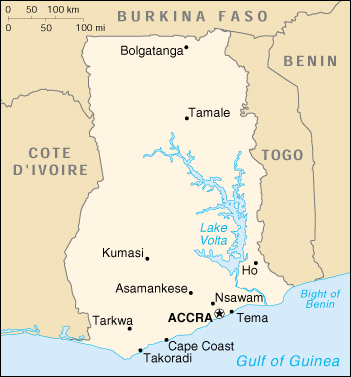