The dissertation of Bianca Volk is now published as “Der prekäre Park” within the Göttingen Series in Social and Cultural Anthropology (Vol. 14). 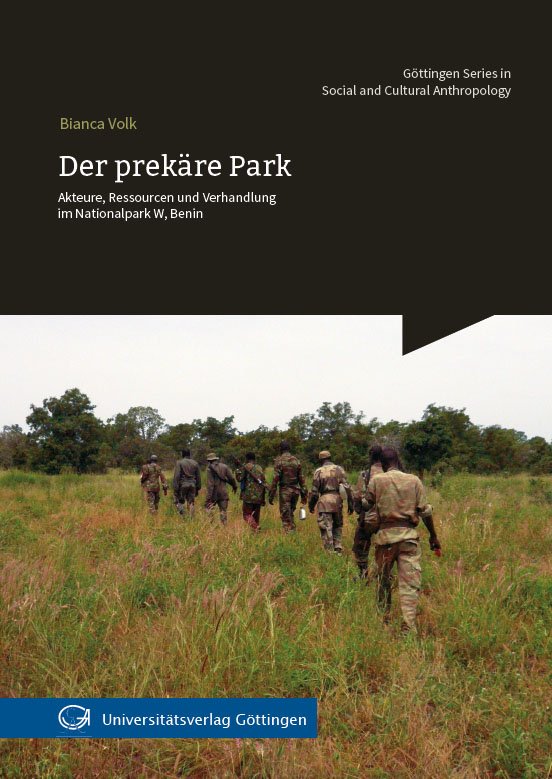 The cross-border National Park W is located in West Africa in the triangle of Benin, Burkina Faso and Niger. Founded in 1927 under French colonial rule, it was proclaimed Africa’s first transboundary biosphere reserve in 2002. In spite of various participatory measures by the park administration, agriculture, transhumance, poaching and logging endanger the national park. Conflicts over the use of land and other critical resources arise in particular in the overregulated buffer zone. This book asks how monitoring units operate in this context. It describes typical situations of encounter between park monitoring and local actors in three different arenas: the core zone of the park, the neighbouring village and local political forums. The dense case studies illustrate the conflict-laden processes in which the idea of a “national park” is translated into the context of the cotton city of Banikoara by actors of the park administration and their local staff, and how the national park achieves a local significance in these processes. The book, which is based on fourteen months of field research between 2008 and 2010, sets new impulses for the further development of participatory approaches in resource protection areas and identifies the challenges of government action in the area of conflict between resource protection and cash crop-oriented rural development policy.