The dissertation of Sascha Kesseler is now published as “Wir schützen unseren Park” within the Göttingen Series in Social and Cultural Anthropology (Vol 9). 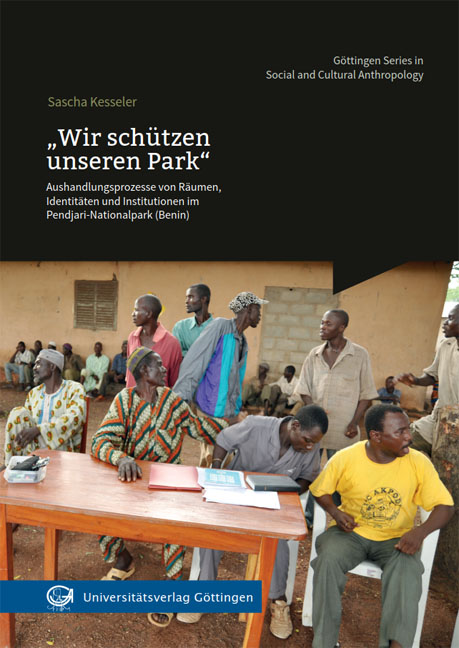 Pendjari National Park in northern Benin is not only a tourist attraction and an area for the protection of biodiversity, it is also a showcase for participatory management approaches. Since its foundation as an animal protection area in 1954 under French colonial rule, the park has been object of often conflictual but productive negotiations between different groups of neighboring dwellers, such as peasants, herdsmen and hunters, as well as the park administration itself. During 19 months of fieldwork, ethnographic data on conflicts and negotiation processes were collected. Their detailed analyses show how different groups of actors construct the park as a socially relevant entity. Data from historical investigation and an extended case study of the participatory attempts at cooperation between the park administration and local hunters illustrate the social construction of spaces, identities as well as norms, values and institutions: Local hunters consider the park primarily a nowadays illegal hunting ground and a domain of spirits, while park administrators and international development actors declare it a zone of state-protected biodiversity. By showing how the national park and related spaces, identities, norms, values and institutions are socially produced, the analysis contributes to recent debates in the field of human-environment interaction and especially political ecology. Moreover, it offers complex insights and practical recommendations regarding participatory approaches to the management of natural resources and especially national parks.